How do I sync different regions in a Layout?

You can now sync different regions (areas) in a Layout using Playlists.
Playlists can be inserted and used in a Layout. Using the Sync Playback feature on each Playlist, we can sync different areas of our Layout.

How to create synced Playlists

In the configuration settings of each Playlist, you will find the Sync Playback toggle button. You only have to activate it.

Notice that the players will sync the content at the start of each media. To avoid long sync times, add anywhere is the playlist an image file with a duration of 5 seconds.
This way the player will use the image as a point of reference for the sync which will result in a frame-by-frame synchronized playback!

If you are using Sub-playlists the sync feature will not work.

In our first example, we will show a basic configuration with which we will sync 3 regions in a Layout that consists of 3 different Playlists.
With this configuration method, we can make our Layout unify all 3 regions at once when we want to.
Imagine that we want to have 3 Playlists in our Layout horizontally, and while each one plays each own media file, at a given time, all will sync to the same media file that will display in full screen as one.
To achieve that we first have to crop our file in 3 equal parts; upper, middle, lower. The image below (2560x1440) has been cropped in 3 equal parts of 2560x480 and each one has been uploaded to the Yodeck portal. 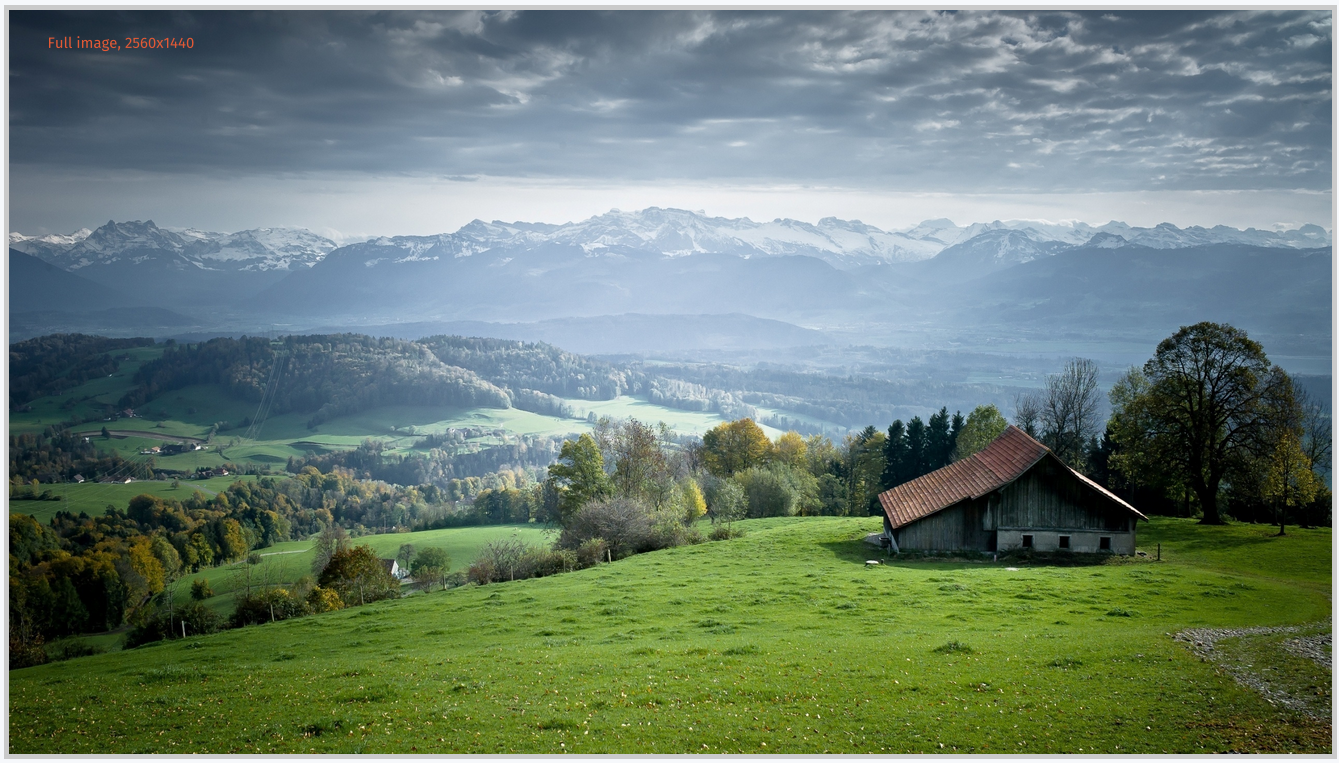 We can then proceed to the creation of 3 distinct Playlists. For our example, we will create 3 playlists A, B, C that will contain: 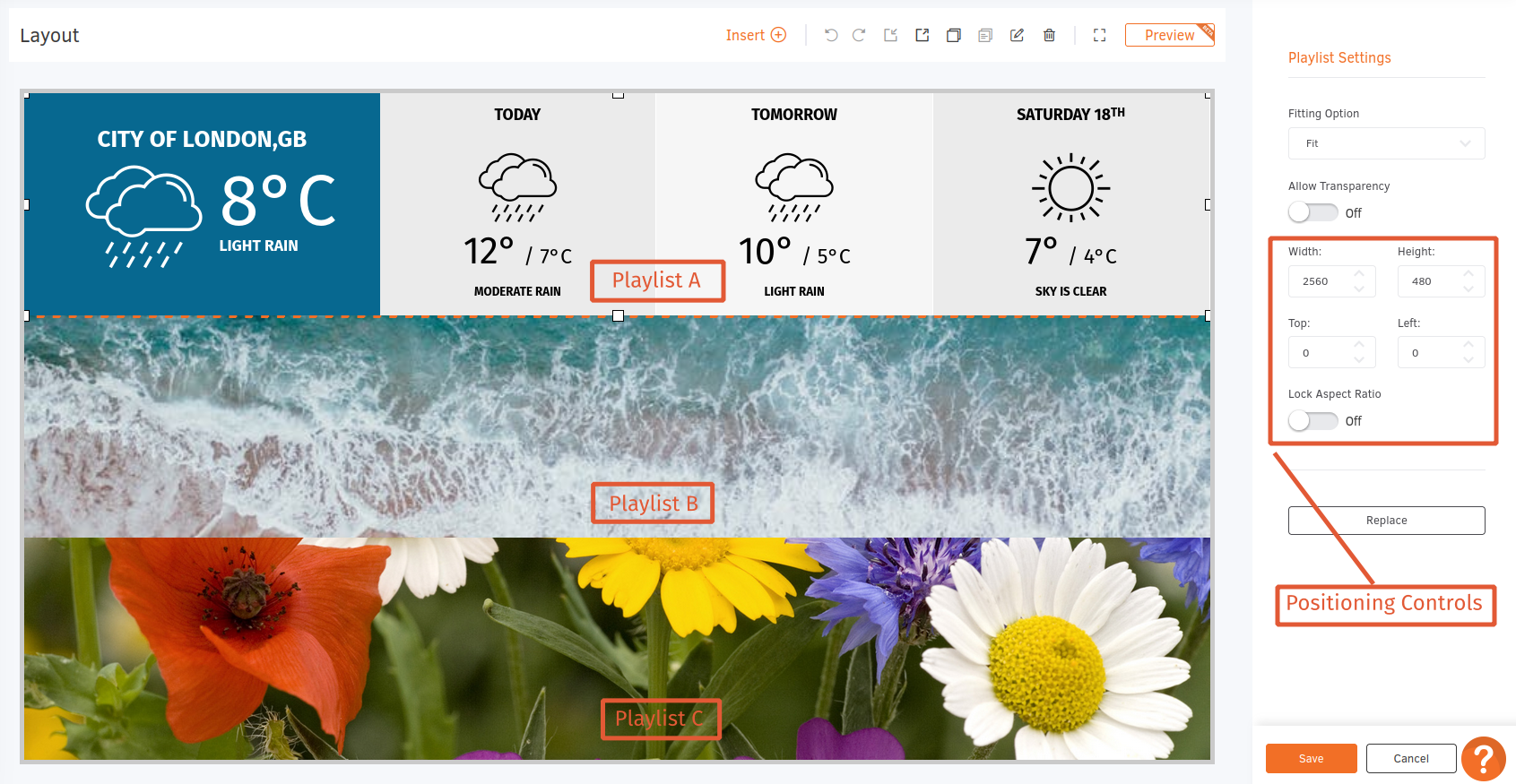 Our Layout is finally complete. The player will sync all 3 playlists accordingly as can be seen below:

For our second example, we will use and edit one from the default Layout templates that can be found on the Yodeck portal called "Restaurant - Landscape - Four Columns Menu Board": 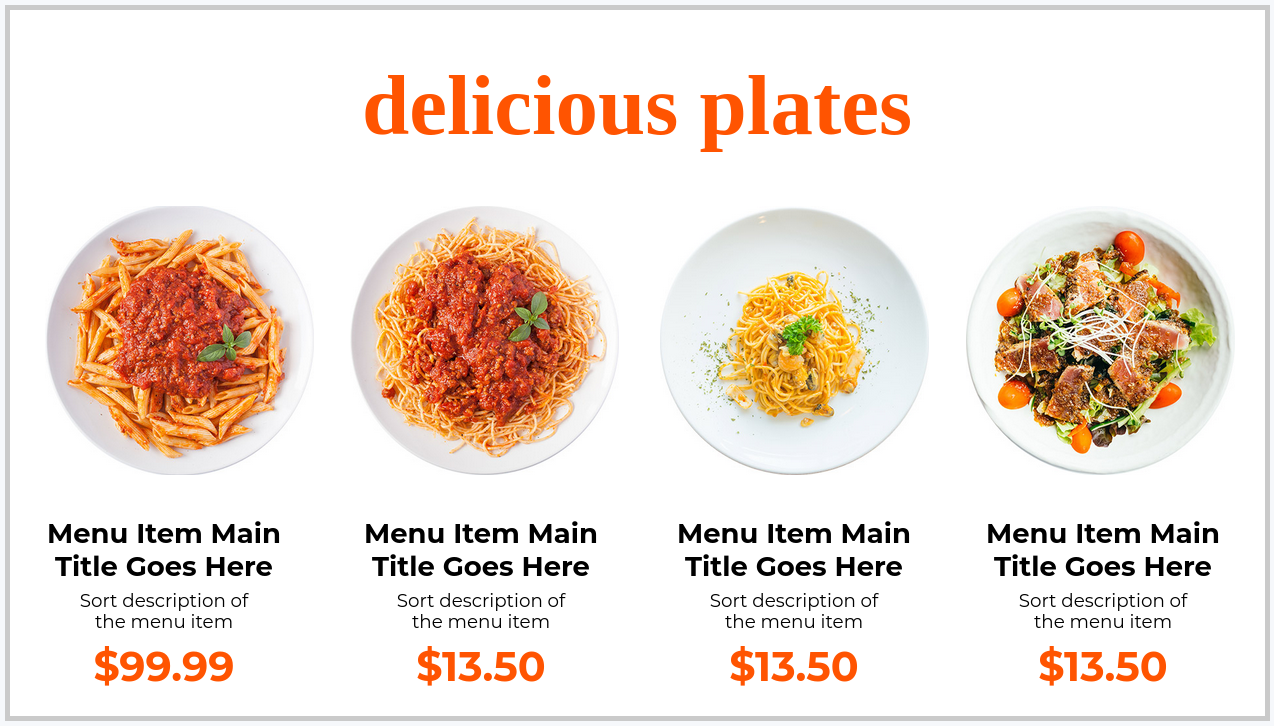 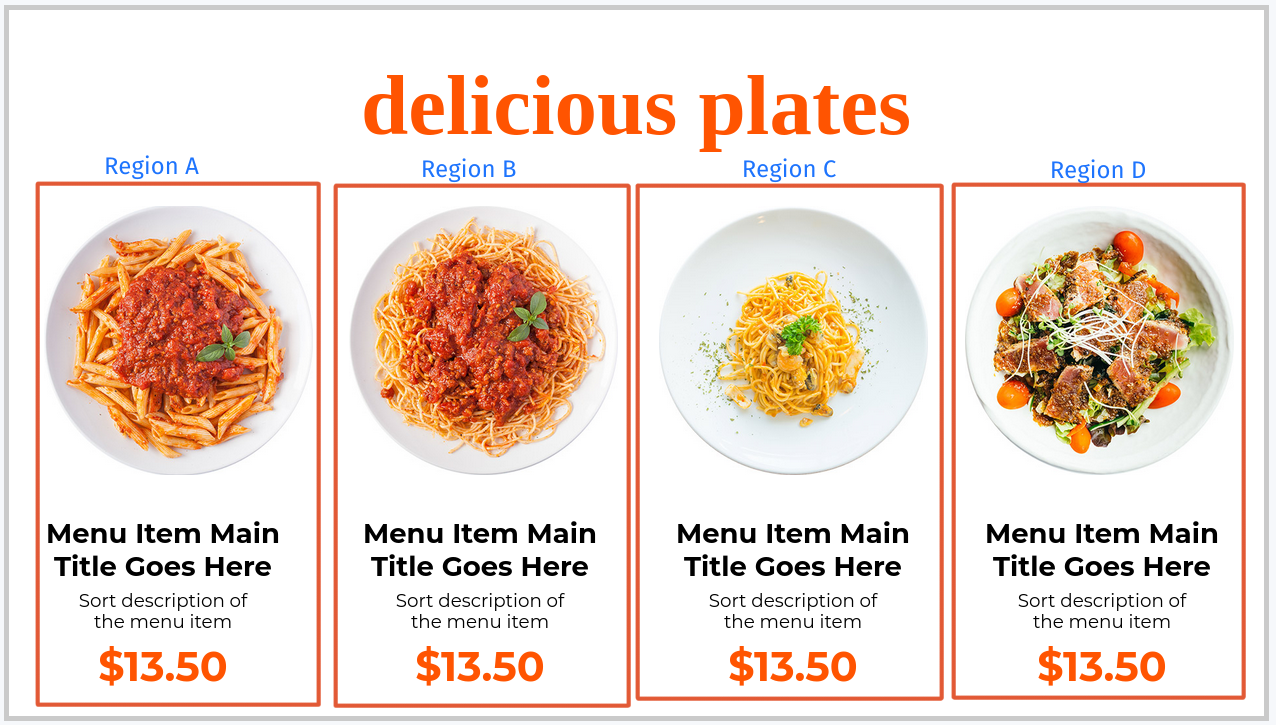 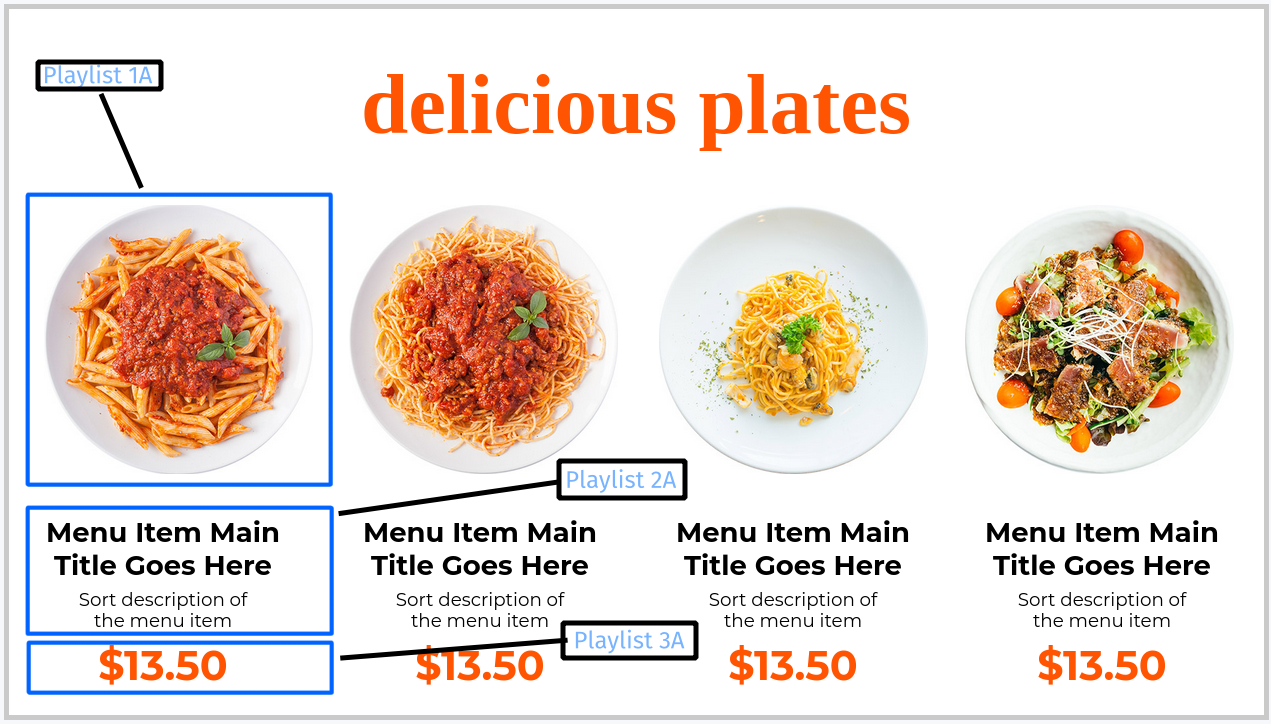 For the time being it's not possible to use more than one video file in a Layout configuration.